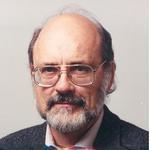 Experience
Sign in to view more
Education
Sign in to view more
Bio
Walter Hardy is a Professor in the Department of Physics and Astronomy at the University of British Columbia (UBC). He received his B.Sc. (Honours Math/Physics, 1961) and Ph.D. (Physics, 1964) from UBC, then spent two years as a Post Doctoral Fellow with the Solid State and Magnetic Resonance Group, CEN Saclay, France. In 1966, Dr. Hardy joined the technical staff of the Spectroscopy Group, North American Rockwell Science Center, California, and five years later became an Associate Professor at UBC. He has spent numerous terms as a Visiting Professor at the Ecole Normale Supérieure in Paris, and most recently was a Visiting Professor at the University of Groningen (1996-97) and at Stanford University (1997).
Research Interests