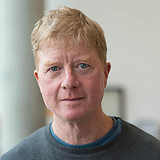 Show Academic Trajectory
Ego Network
D-Core
Research Interests
Author Statistics
Experience
Sign in to view more
Education
Sign in to view more
Bio
Bill Gaver is Professor of Design and co-director of the Interaction Research Studio at Goldsmiths, University of London. His research on design-led methodologies and innovative technologies for everyday life led him to develop an internationally recognised studio bringing the skills of designers together with expertise in ubiquitous computing and sociology. With the Studio, he has developed approaches to design ranging from Cultural Probes to the use of documentary film to help assess people’s experience with designs, and pursued conceptual work on topics such as ambiguity, interpretation and design-led research. These innovations have been driven by the design work that is at the heart of the Studio’s work, which centres around the production of highly-finished prototypes that have been deployed for long-term field trials and exhibited internationally at venues such as the V&A Museum, Tate Britain, and New York’s MOMA. He has published over 70 articles (h-index of 44) and is an elected member of the CHI Academy.