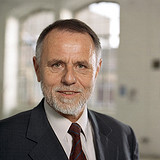 Show Academic Trajectory
Ego Network
D-Core
Research Interests
Author Statistics
Experience
Sign in to view more
Education
Sign in to view more
Bio
Wolfgang Bibel is Professor for Intellectics at the Department of Computer Science of the Darmstadt Institute of Technology in Germany. He also maintains an affiliation with the University of British Columbia as Adjunct Professor. In 1968 he received a Ph.D. degree from the Ludwig-Maximilian University of Munich, Germany. For many years he worked at the Technical University of Munich as a Senior Researcher, building up the AI group there. In 1987 he became a Professor in Computer Science at the University of British Columbia, Vancouver, and a Fellow of the Canadian Institute for Advanced Research. His more than one hundred and fifty publications range over various areas in artificial intelligence such as automated deduction, machine architecture for deductive systems, program synthesis, knowledge representation, and include also topics concerning the implications of AI technology for society. Dr. Bibel is Section Editor of the Artificial Intelligence Journal, Associate Editor of the Journal for Symbolic Computation, Co-Editor of the AI book series of Vieweg Verlag, and on the board of seven more journals. From 1982 through 1986 he served as the first Chairman of ECCAI, the European AI organization. From 1987 through 1995 he was a Trustee of the International Joint Conferences for Artificial Intelligence, Inc., and held the Conference Chair of IJCAI'89. Currently he is coordinating a national six year research programme on deduction. In 1990 he has been awarded the title of an {\em AAAI Fellow\/} by the American Association for Artificial Intelligence (AAAI) ``in Recognition of Significant Contributions to the Field of Artificial Intelligence''. In 1996 he received the German research excellence award for Artificial Intelligence from the Association of German AI Institutions (AKI). Currently, Dr. Bibel is the conference chair of the 15th International Conference on Automated Deduction (CADE-15) taking place 5-10 July 1998 in Lindau, Germany, at the beautiful Lake Constance.