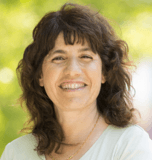 Show Academic Trajectory
Ego Network
D-Core
Research Interests
Author Statistics
ACM_Citations
Experience
Sign in to view more
Education
Sign in to view more
Bio
oelle Maarek is a vice president at Yahoo and the head of Yahoo Research. Maarek did her undergraduate studies at the École Nationale des Ponts et Chaussées in Paris, earned a diplôme d'études approfondies from Pierre and Marie Curie University, and completed her doctorate at the Technion – Israel Institute of Technology in 1989, under the supervision of Daniel M. Berry. She worked at IBM from 1989 until 2006, and became a distinguished engineer at IBM before moving to Google. In 2006, she founded the Google Haifa Engineering Center in Haifa, Israel, where one of her key projects involved autocompletion for Google and YouTube queries.She moved to Yahoo in 2009 to start their research initiatives in Israel. Maarek has served as program committee co-chair for WWW 2009, WSDM 2012 and SIGIR 2012.She is also a member of the Board of Governors of the Technion. In 2013, Maarek was elected as a Fellow of the Association for Computing Machinery "for contributions to industrial leadership and to information retrieval and web search."