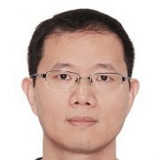 I joined Wireless and Networking research group, Microsoft Research Asia (MSRA), in July 2001. I moved to System research group in September 2015 and then to the Intelligent Cloud and Edge research group in November 2017. My research interests are mobile systems and networking, with recent focuses on power management, security and privacy, human sensing, and intelligent edge computing. My research work has been published in top conferences and journals such as MobiSys, MobiCom, NSDI, CCS, ToN, and TMC; transferred into multiple Microsoft products including Visual Studio, XBOX XDK, and Windows Phone; and featured in news media such as ABC News, The Register, NetworkWorld, and many others. I am a senior member of the IEEE and a member of the ACM.