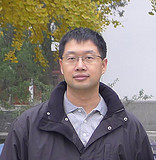 Show Academic Trajectory
Ego Network
D-Core
Research Interests
Author Statistics
Experience
Sign in to view more
Education
Sign in to view more
Bio
I am an Associate Professor at the School of Computing, National University of Singapore. I'm a member of the Cyber-Security Research Group. My main research interest is in system and software security, web security, mobile security, and software testing. As a co-author, I received the Best Paper Award in ICECCS 2014, the Best Paper Award in W2SP 2014, the ACM SIGSOFT Distinguished Paper Award at ESEC/FSE in 2009, the Best Paper Award at USENIX Security Symposium in 2007, and the Outstanding Paper Award at ACSAC in 2003. I also won the Young Investigator Award of National University of Singapore in 2008, and Annual Teaching Excellence Award of NUS for the academic years 2013-2014 and 2014-2015. I received my Ph.D. degree in Computer Science from Stony Brook University in 2006, and B.S. degrees in Computer Science and Economics from Peking University in 1999.