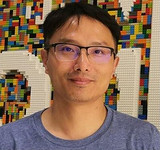 Show Academic Trajectory
Ego Network
D-Core
Research Interests
Author Statistics
Experience
Sign in to view more
Education
Sign in to view more
Bio
Zhuowen Tu is a full professor of Cognitive Science and also affiliated with the Department of Computer Science and Engineering, University of California San Diego. Before joining UCSD in 2013 as an assistant professor, he was a faculty member at UCLA. Between 2011 and 2013, he took a leave to work at Microsoft Research Asia. He received his Ph.D. from the Ohio State University and his M.E. from Tsinghua University. He is a recipient of the David Marr Prize award 2003 and a recipient of the David Marr Prize Honorable Mention award 2015. He is a Fellow of the IEEE.