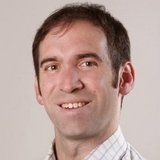 Show Academic Trajectory
Ego Network
D-Core
Research Interests
Author Statistics
ACM_Citations
Experience
Sign in to view more
Education
Sign in to view more
Bio
Nick Feamster, who has earned accolades for his efforts to unmask spammers and solve other real-world computer problems, joined the Computer Science Department in 2015 as a professor, after nine years on the faculty at Georgia Tech. He summarizes the motivation behind his research in a single sentence: “Nobody notices when the network works well, but everyone suffers when it doesn’t.” His work on experimental networked systems and security aims to make networks easier to manage, more secure, and more available. During the past three years, he has focused on Internet censorship and information control, home and access networks, and software defined networking. The MIT Technology Review named Professor Feamster to its list of top innovators under 35 in 2010, citing his study of “the suspicious behavior of spam.” He earned his doctorate in computer science in 2005 from MIT, where he also did his undergraduate work. He is an ACM Fellow. He received the NSF Presidential Early Career Award for Scientists and Engineers (PECASE), an Alfred P. Sloan Fellowship, the NSF Career Award, and the IBM Faculty Award.