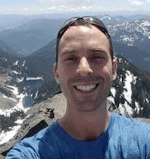 Prior to joining FAIR, Ross was a researcher at Microsoft Research, Redmond and a postdoc at the University of California, Berkeley, where he was advised by Jitendra Malik and Trevor Darrell. His interests include instance-level object understanding and visual reasoning challenges that combine natural language processing with computer vision. He received the 2017 PAMI Young Researcher Award and is well-known for developing the R-CNN (Region-based Convolutional Neural Network) approach to object detection. In 2017, Ross also received the Marr Prize at ICCV for "Mask R-CNN".