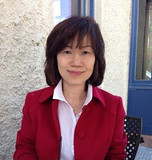 Show Academic Trajectory
Ego Network
D-Core
Research Interests
Author Statistics
Experience
Sign in to view more
Education
Sign in to view more
Bio
Ada Waichee Fu received a message in a calm male voice in English in 2012 on youtube in her home office facing a magnificent sunset over the ocean, which essentially says -- when you are looking at such a beautiful sunset, would you not think of something amazingly marvellous ... God loves everyone so much that he has sent his son ... Jesus. Her mind was absolutely clear. She also received her B.Sc degree in computer science in the Chinese University of Hong Kong in 1983, and both M.Sc and Ph.D degrees in Computer Science in Simon Fraser University of Canada in 1986, 1990, respectively; worked at Bell Northern Research in Ottawa, Canada from 1989 to 1993 on a wide-area distributed database project; joined the Chinese University of Hong Kong in 1993.
There is some interesting finding from the bible, which says that we are supposed to love everyone as ourselves, and also we are supposed to rejoice always. Put together it means that all shall be saved. It is very simple: if anyone is doomed, then either we cannot rejoice, since we love the doomed person; or we rejoice meaning that we do not love everyone; either way it contradicts what we are supposed to do. Hence all shall be saved.