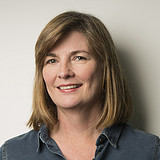 Show Academic Trajectory
Ego Network
D-Core
Research Interests
Author Statistics
ACM_Citations
Experience
Sign in to view more
Education
Sign in to view more
Bio
Abigail Sellen is Deputy Director at Microsoft Research Cambridge in the UK. She also oversees the lab’s portfolio of research exploring the Future of Work, taking an interdisciplinary approach to designing and developing new productivity tools that work in partnership with people. This approach recognizes that radical transformations in the world of work mean that we need to keep human aspirations front and centre in the technologies we build. It means recognising what people do best, while at the same time playing to the strengths of digital systems in order to make our working lives more fulfilling.

Abigail joined Microsoft in June 2004 from Hewlett Packard Labs, Bristol. She spent 6 years at HP researching many different kinds of topics ranging from appliance design to Web use to mobile technologies. Prior to HP, she spent 7 years at Xerox’s research lab in Cambridge UK (EuroPARC), was cross-appointed to the MRC Applied Psychology Unit, Cambridge, and was a Research Fellow at Darwin College, University of Cambridge. Before moving to England, she also worked for other corporate IT labs such as Xerox PARC, Apple Computer, and Bell Northern Research.