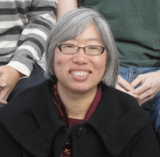 Show Academic Trajectory
Ego Network
D-Core
Research Interests
Author Statistics
Experience
Sign in to view more
Education
Sign in to view more
Bio
Research Interests
In my research group, we use a combination of analytical theory and numerical simulation to study problems in soft matter physics ranging from jamming in glassforming liquids, foams and granular materials, to biophysical self-assembly in actin structures and other systems. The idea of jamming is that slow relaxations in many different systems, ranging from glassforming liquids to foams and granular materials, can be viewed in a common framework. For example, one can define jamming to occur when a system develops a yield stress or extremely long stress relaxation time in a disordered state. According to this definition, many systems jam. Colloidal suspensions of particles are fluid but jam when the pressure or density is raised. Foams and emulsions (concentrated suspensions of deformable bubbles or droplets) flow when a large shear stress is applied, but jam when the shear stress is lowered below the yield stress. Even molecular liquids jam as temperature is lowered or density is increased­this is the glass transition. We have been testing the speculation that jamming has a common origin in these different systems, independent of the control parameter varied. On the biophysical side, our research has been motivated recently by the phenomenon of cell crawling. When a cell crawls, its cytoskeleton—a network of filaments (primarily composed of the protein actin) that maintains the mechanical rigidity of the cell and gives the cell its shape—must reorganize in structure. This reorganization is accomplished via polymerization, depolymerization and branching of actin filaments, as well as by crosslinking the filaments together with "linker" proteins. The morphology of the resulting structure is of special interest because it determines the mechanical properties of the network. We are developing dynamical descriptions that capture morphology. In addition, we are exploring models for how actin polymerization gives rise to force generation at the leading edge.