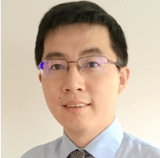 Show Academic Trajectory
Ego Network
D-Core
Research Interests
Author Statistics
Experience
Sign in to view more
Education
Sign in to view more
Bio
Liangliang is interested in AI and large scale data learning. Recently he has been working on build deep networks that perceive the world better than human. He is best known for his work on computer vision, although he is also working on speech & language. He won the 1st place of ImageNet LSVRC Challenge in 2010. He was a recipient of ACM SIGMM Rising Star Award.

Liangliang likes building new things on computers. He builds AI-based products during his industry experience at Google, Yahoo, IBM, Microsoft, and NEC Labs. He also co-founded a startup called HelloVera AI. Liangliang also enjoy mentoring students. He used to teach at Columbia University as an Adjunct Associate Professor. Liangliang has served in the technical committee for a number international conferences. He is in the editorial boards of The Visual Computer, JVIS. and IEEE Multimedia. He is a senior member of IEEE.