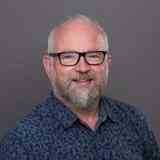 Show Academic Trajectory
Ego Network
D-Core
Research Interests
Author Statistics
Experience
Sign in to view more
Education
Sign in to view more
Bio
David De Roure is Professor of e-Research at University of Oxford. Focused on advancing digital scholarship, David works closely with multiple disciplines including social sciences (studying social machines), humanities (computational musicology and experimental humanities), engineering (Internet of Things), and computer science (large scale distributed systems and social computing). He has extensive experience in hypertext, Web Science, Linked Data, and Internet of Things. Drawing on this broad interdisciplinary background he is a frequent speaker and writer on the future of digital scholarship and scholarly communications.
David has strategic responsibility for Digital Humanities at Oxford within The Oxford Research Centre in the Humanities (TORCH). He is a member of Cyber Security Oxford, an Oxford Martin Senior Fellow, and collaborates with the Oxford Internet Institute in Web Science. He was Director of the Oxford e-Research Centre 2012-17. Prior to moving to Oxford in 2010 he was Professor of Computer Science at University of Southampton, where he was Director of the Centre for Pervasive Computing in the Environment. He was closely involved in the UK e-Science programme and from 2009-2013 was the UK National Strategic Director for Digital Social Research for the UK Economic and Social Research Council, and subsequently Strategic Advisor for new and emerging forms of data and real time analytics.
He is a Fellow of the British Computer Society and the Institute of Mathematics and its Applications, a visiting professor at Goldsmiths, University of London, and a Supernumerary Fellow of Wolfson College where he chairs the Digital Research Cluster.