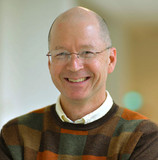 Show Academic Trajectory
Ego Network
D-Core
Research Interests
Author Statistics
Experience
Sign in to view more
Education
Sign in to view more
Bio
David Mount is a professor in the Department of Computer Science at the University of Maryland with a joint appointment in the University's Institute for Advanced Computer Studies (UMIACS). He received his Ph.D. from Purdue University in Computer Science in 1983, and started at the University of Maryland in 1984. In 2001 he was a visiting professor at the Hong Kong University of Science and Technology.He has written over 140 research publications on algorithms for geometric problems, particularly problems with applications in image processing, pattern recognition, information retrieval, and computer graphics. He currently serves on the editorial boards of a number of journals, including ACM Transactions on Spatial Algorithms and Systems, ACM Trans. on Mathematical Software, Computational Geometry: Theory and Applications, International Journal of Computational Geometry & Applications, and has served on the editorial board of Pattern Recognition. He was the conference chair for the 24th Annual Symposium on Computational Geometry in 2008. He has served on the program committees of many of the major conferences in his area, and he served as the program committee co-chair for the 19th ACM Symposium on Computational Geometry in 2003 and the Fourth Workshop on Algorithm Engineering and Experiments in 2002 and SPIE's Conferences on Vision Geometry from 2001 through 2006.He has won a number of awards for excellence in teaching, including twice winning the University of Maryland's College of Computer, Mathematical and Natural Sciences, Dean's Award for Excellence in Teaching, and the Award for Teaching Excellence Appreciation in 2001 at the Hong Kong University of Science and Technology. He has co-authored the textbook Data Structures and Algorithms in C++ with Mike Goodrich and Roberto Tamassia.