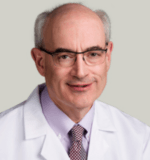 Medicine and Radiation Oncology University of Chicago
关注
立即认领
分享
基本信息
浏览量：526
个人简介
Dr. Vokes has spent a highly visible career in clinical and translational research involving head and neck and lung cancer, the interaction of chemotherapy and radiation, and lung cancer. His work has shown that intense treatment combining radiation and chemotherapy can bring locally advanced head and neck cancer under control and improve survival. His research in lung cancer is directed at identifying new active therapeutic agents, as well as the interaction of chemotherapy and radiation therapy.

In recognition of his outstanding work, Dr. Vokes has received many awards and has led many professional groups in the field of hematology/oncology. In 2008, he was one of two recipients of the new Translational Research Professorship from the American Society of Clinical Oncology and is a recipient of a Francis L. Lederer Foundation grant for research on the malignancies of the upper aerodigestive tract. Dr. Vokes was the principal investigator of the University of Chicago’s NCI funded Phase II network from 1994-2009, and has served as chair of the Cancer and Leukemia Group B (CALBG) Respiratory Committee since 2004. Dr. Vokes is an elected member of the prestigious American Society of Clinical Investigation and American Association of Professors (AAP). In 2013, Dr. Vokes was named "Giant of Cancer Care" by Cancer Trade Publisher.
研究兴趣