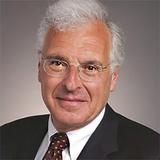 Department of Psychology Trent University
关注
立即认领
分享
基本信息
浏览量：186
个人简介
Dr. Gordon Winocur is a Senior Scientist at the Rotman Research Institute, Professor of Psychiatry and Psychology at the University of Toronto, and Professor Emeritus at Trent University. Former positions include Visiting Professor at Oxford University, Hebrew University of Jerusalem, Université de Paris, CNRS Bordeaux, and Scientific Director of the Alzheimer Society of Canada.
Dr. Winocur’s research, in the field of behavioural neuroscience, concerns the relationship between neural systems and cognition, with a focus on the role of specific brain regions (e.g., hippocampus, frontal lobes) in memory and related functions. His investigations, conducted on clinical populations and animal models, have identified patterns of lost and spared cognitive function associated with localized brain damage, normal and pathological ageing, stroke, and traumatic injury. This work led Dr. Winocur and colleagues to develop a new cognitive rehabilitation protocol that has been effective in improving cognitive function in the elderly and in neurologically compromised individuals. In a recent initiative, Dr. Winocur has been investigating secondary cognitive changes resulting from chemotherapy administered in the treatment of various forms of cancer (`chemobrain`). This work has led to the development of a powerful animal model in which it was shown that chemobrain is a complex response to the combined effects of tumour development and the anti-cancer drugs, each associated with disruption of different biological mechanisms.
Dr. Winocur’s research is funded by the Canadian Institutes for Health Research, the Natural Sciences and Engineering Research Council, and the Canadian Breast Cancer Foundation.
Dr. Winocur is a Fellow of the American Psychological Association, American Psychological Society, Canadian Psychological Association, and the International Neuropsychological Society. He is a recipient of the Donald O. Hebb Distinguished Research Award from the Canadian Society for Brain, Behaviour, and Cognitive Science.
研究兴趣