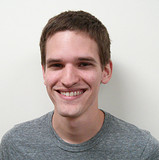 Show Academic Trajectory
Ego Network
D-Core
Research Interests
Author Statistics
Experience
Sign in to view more
Education
Sign in to view more
Bio
As a researcher, I am primarily interested in cyber security with a focus on the boundaries between hardware and software. This stems from my long-term exposure to assembly, binary exploitation, and reverse engineering — all of which I learned on my own and through Capture the Flag competitions and wargames.

My research interests began in 2014 as an undergraduate at the University of Central Florida. There I joined the Security in Silicon Lab (SSL), a hardware and software security lab. There I lead a security analysis of the brand new Google Nest thermostat, in which we discovered a way to gain root access. We disseminated these findings to Black Hat USA that same year. Propelled from the success of this work, my UCF advisor Dr. Yier Jin continued investigating other Internet of Things devices after I graduated.