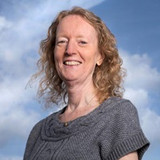 Faculty of Natural Sciences The Grantham Institute for Climate Change,Imperial College London
关注
立即认领
分享
基本信息
浏览量：72
个人简介
Joanna Haigh studies the influence of the Sun on the Earth’s climate. Energy emitted by the Sun — in the form of heat, light and ultraviolet radiation — warms the Earth and drives its climate. Using data from satellites and modelling the processes, Joanna is helping to untangle the warming effects of greenhouse gases from those of natural variations in solar energy. She has transformed our ability to predict the behaviour of the atmosphere and climate by integrating ideas from physics to produce computationally fast yet accurate models. Methods developed by Joanna are now used by researchers worldwide and incorporate the finest details of climate processes and solar influence. Joanna has received major prizes for her work on solar influences on climate, including the Chree Medal and Prize of the Institute of Physics in 2004 and the Adrian Gill Prize of the Royal Meteorological Society in 2010. She was the President of the Royal Meteorological Society from 2012–2014. In 2013, she was awarded a CBE for services to physics.
研究兴趣