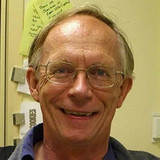 Experience
Sign in to view more
Education
Sign in to view more
Bio
His research prior to 1978 was in particle physics, in particular the study of high-energy diffraction scattering. After this, he applied methods of quantum field theory and the renormalization group to condensed matter, especially to critical phenomena in both pure and disordered equilibrium and non-equilibrium systems. In the 1980s he helped develop the theory of conformal invariance and its applications to these problems, ideas which also had an impact in string theory and the physics of black holes.

In the 1990s he used conformal invariance to derive many exact results in percolation and related probabilistic problems. This helped inspire the work of mathematicians which was recognised by the award of the Fields Medal to Wendelin Werner in 2006, and to Stas Smirnov in 2010. More recently Professor Cardy has worked on questions of quantum entanglement and non-equilibrium dynamics in many-body systems.