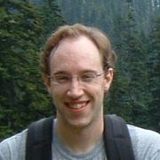 Ken has worked at Microsoft Research since 1997, and is perhaps best known for his work on sensing techniques, cross-device interaction, pen + touch, and novel device form-factors. He has published approximately 75 peer-reviewed papers, and upwards of 150 patents (see his CV for details). He holds a Ph.D. in Computer Science from the University of Virginia, where he studied with the late Randy Pausch.

Dr. Hinckley has received numerous professional distinctions in the field of human-computer interaction. He is a member of the CHI Academy (2014 inductee), and served as Editor-in-Chief at ACM Transactions on Computer-Human Interaction (TOCHI) from 2015-2018 (Associate Editor since 2003). Dr. Hinckley also received the UIST 2011 Lasting Impact Award as well as a SIGMOBILE 2017 Test-of-Time Award for his work on sensing techniques for mobile interaction.

His research has had wide industry and commercial impact, and has been featured in national news outlets, tech blogs, and other venues on numerous occasions. He has also published fiction in venues such as Nature Futures.