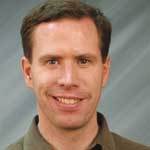 Experience
Sign in to view more
Education
Sign in to view more
Bio
Matt Keyser revels in pedaling his bike amidst a pack of racers pounding down a precipitous mountain road. During sane moments, Keyser designs transportation technology at the National Renewable Energy Laboratory in Golden, CO. He’s received two patents since 1992,with three more in the works. In 2001,Keyser and coworkers significantly extended the life span of lead-acid batteries in cars. Batteries provide a power surge to a vehicle’s starter, then recharge. Normally, the process encourages sulfuric acid to oxidize, which ruins the negative battery plate. But Keyser changed how the battery charges, reducing chemical reactions and extending battery life up to 400 percent. “That means fewer batteries in the landfill,” he says. Ford Motor is testing the battery in a prototype electric vehicle. In 1997,Keyser wrapped a standard catalytic converter with a vacuum insulator to keep it hot for hours. The retrofit eliminated 80 percent of the tailpipe emissions that a car produces while warming up. The unit is being commercially developed by auto parts supplier Benteler. Keyser particularly likes its adaptability: “You can put it on a new car, or a ’78 Pontiac.”
Research Interests