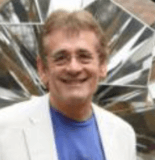 Experience
Sign in to view more
Education
Sign in to view more
Bio
where his thesis work constituted one of the first investigations of the interstellar medium of our Galaxy at ultraviolet wavelengths. Since then, he has worked at the Royal Greenwich Observatory, the Anglo-Australian Observatory, the University of Western Australia and the University of Cambridge, where he currently teaches `Physical Cosmology' and `Stellar Structure and Evolution' at the Institute of Astronomy. His research has focused mainly on high redshift galaxies and the intergalactic medium; he is particularly interested in studying the chemical composition of gas in these distant systems with a view to unravelling their origin and evolution. To pursue his research, he has been involved in the development and exploitation of high-resolution spectrographs on some of the world's major optical and infrared telescopes.
Research Interests