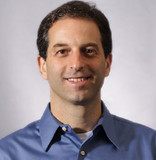 Show Academic Trajectory
Ego Network
D-Core
Research Interests
Author Statistics
Experience
Sign in to view more
Education
Sign in to view more
Bio
My research focuses on programming new cellular behaviors by designing and embedding synthetic gene networks that perform desired functions in single cells and multi-cellular environments. We genetically engineer a variety of cell types including bacteria, yeast, and mammalian stem cells. This nascent field of Synthetic Biology holds promise for a wide range of applications such as programmed tissue engineering, environmental biosensing and effecting, biomaterial fabrication, and an improved understanding of naturally occuring biological processes. The construction of de-novo genetic circuits begins with the assembly and characterization of genetic parts, or building blocks. We have assembled a library of genetic components that regulate transcription, translation, phosphorylation, and synthesis of and response to signaling molecules such as acyl-homoserine lactones in bacteria and cytokinins in Eukaryotes. We then combine these parts into various network topologies that elicit new behaviors in a programmable fashion. In single cells, we have constructed transcriptional cascades and other network topologies with feedback and feed-forward motifs. We have shown theoretically and experimentally that these networks can perform digital computation, attenuate gene expression noise, or exhibit analog programmed functions such as pulse generation. Through the construction and analysis of such fundamental network motifs, we aim to demonstrate sophisticated programmed control over gene expression as well as improve our quantitative understanding of naturally occurring complex gene networks. Another major emphasis is engineering synthetic multicellular systems through the integration of intracellular circuits with cell-cell communication mechanisms (e.g. lux and rhl quorum sensing systems). Beginning with simple sender-receiver systems, we have built a variety of more sophisticated multicellular interactions for coordinated cell behaviors. One such system is the pulse generator where sender cells communicate to nearby receiver cells, which then respond with a transient burst of gene expression whose amplitude and duration depends on the distance from the senders. In another system, receiver cells have been engineered to respond to cell-cell communication signals from senders, but only if the signal concentrations fall within prespecified ranges. We demonstrated experimentally how a multicellular system that consists of several different detection thresholds can generate a variety of interesting spatial patterns (shown in the figures below). In a third system, cells have been engineered to “play” Conway’s Game of Life, where cells live or die based on the density of their neighbors. This system exhibits complex global emergent behavior that arises from the interaction of cells based on simple local rules. We are currently building a variety of other multicellular systems in bacteria that have interesting spatiotemporal dynamics. Finally, we are also implementing synthetic gene networks and artificial cell-cell communication in mammalian stem cells in order to control the spatiotemporal expression patterns of cell fate regulators, with novel applications in programmed tissue engineering.