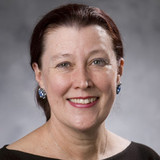 Department of Psychology and Neuroscience Duke University
关注
立即认领
分享
基本信息
浏览量：825
个人简介
Terrie Moffitt, PhD Knut Schmidt Nielsen Professor Professor, Duke Psychology and Neuroscience Psychiatry & Behavioral Sciences Terrie E. Moffitt researches the interplay between nature and nurture in the origins of problem behaviors. Her particular interest is in antisocial and criminal behaviors. She is Associate Director of the Dunedin Multidisciplinary Health and Development Study in New Zealand, which conducts a 32-year longitudinal study of a 1972 birth cohort of 1000 individuals and their families. She also directs the Environmental-Risk Longitudinal Twin Study ("E-risk"), which follows a 1994 birth cohort of 1116 British families with twins. For her research, she has received the American Psychological Association's Early Career Contribution Award (1993) and Distinguished Career Award in Clinical Child Psychology (2006), and the Stockholm Prize for her work in criminology (2007). She is a fellow of the Academy of Medical Sciences (1999), the American Society of Criminology (2003), the British Academy (2004), and Academia Europaea (2005). She has served on investigative panels for institutions such as the Nuffield Council on Bioethics (ethics of behavioral genetic research) and the US National Academy of Sciences (research into firearms and violence).
研究兴趣