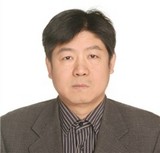 Show Academic Trajectory
Ego Network
D-Core
Research Interests
Author Statistics
Experience
Sign in to view more
Education
Sign in to view more
Bio
Wen Chen, a senior member of IEEE. He was a researcher of Japan Society for the Promotion of Sciences (JSPS) from 1999 through 2001. In 2001, he joined University of Alberta, Canada, starting as a post-doctoral fellow in Information Research Laboratory and continuing as a research associate in the Department of Electrical and Computer Engineering. Since 2006, he has been a full professor in the Department of Electronic Engineering, Shanghai Jiaotong University, China, where he is also the director of Institute for Signal Processing and Systems.
Dr. Chen was awarded the Ariyama Memorial Research Prize in 1997, the PIMS Post-Doctoral Fellowship in 2001. He received the honors of “New Century Excellent Scholar in China” in 2006 and “Pujiang Excellent Scholar in Shanghai” in 2007. He is elected to the vice general secretary of Shanghai Institute of Electronics in 2008. He is in the editorial board of the International Journal of Wireless Communications and Networking, and serves Journal of Communications, Journal of Computers, Journal of Networks and EURASIP Journal on Wireless Communications and Networking as (lead) guest editors. He is the Technical Program Committee chair for IEEE-ICCSC2008, the General Conference Chair for IEEE-ICIS2009 and IEEE-WCNIS2010. He has published more than 100 papers in IEEE journals and conferences. His interests cover network coding, cooperative communications, cognitive radio, and MIMO-OFDM systems.