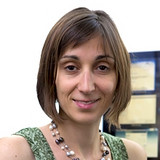 Show Academic Trajectory
Ego Network
D-Core
Research Interests
Author Statistics
Experience
Sign in to view more
Education
Sign in to view more
Bio
I’m an Associate Professor in the College of Information Sciences and Technology (IST) at the Pennsylvania State Univeristy . In July 2006, I received a PhD in Computer Science from the University of Milan. My PhD thesis focused on Trust Negotiations, an access control model to enable trust between two unknown entities. I spent most of my time as a graduate student at Purdue University. I also spent about six months in Stockholom, at SICS, and six more at Colorado State University, under the guidance of Dr. Indrakshi Ray. From February 2006 to December 2007, I was a post-doctoral fellow at Computer Science Department of Purdue University under the supervision of prof. Elisa Bertino and Sebastien Goasguen. During this time, I worked on Digital Identity Management, and I was involved in the (back then) Teragrid project. My main research interests are in the area of data security and privacy, with emphasis on access control mechanisms. My work has been funded by industry and various funding agencies, including grants from the National Science Foundation (and a CAREER Award, 2015), Air Force, and Army Resarch Office. I also received some generous support from Google and Hewlett-Packard Research Labs. I published more than 70 contributions as papers in international conferences and journals, and chapters in international books. I won a couple of best paper awards (in 2011) at ACM Hypertext and (in 2012) at IEEE Passat. Since 2012, I have been the PNC Career Development Professor in the College of IST.