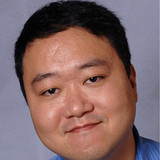 Show Academic Trajectory
Ego Network
D-Core
Research Interests
Author Statistics
Experience
Sign in to view more
Education
Sign in to view more
Bio
Dr. Jin Li is a Partner Research Manager of the Cloud Computing and Storage (CCS) group in Microsoft (Redmond, WA). His most recent project is Deep Learning (DL) workspace, a turn key computing cluster that allows AI scientists to use his/her favorite toolkit (e.g., Caffe, CNTK, TensorFlow) to interactively explore, train, analyze and service data without any installation.
Previously, Dr. Li has lead his group developed a number of cutting edge cloud computing and storage solutions that have been shipped in a broad spectrum of Microsoft products, such as Windows Media, Live Messenger/Mesh, Windows, Skype for Business, Azure, Bing, Xbox Live. He was awarded the Microsoft Gold Star Service Award 4 times.
His work on the Local Reconstruction Code (LRC) has shipped in Azure Storage, which has lead to hundreds of millions dollars of saving to Microsoft per annum, a Best Paper Award at USENIX ATC 2012 and a Microsoft TCN Storage Technical Achievement Award. LRC has also been used in Storage Space (shipped in Windows & Windows Server). His work on Data Deduplication in Windows Server 2012 is among the top 3 File Server features introduced. His work to exploit the benefit of SSD for high performance storage applications has lead to "FlashStore" and SkimpyStash, the former has been shipped in Bing/AdCenter for cloud object storage, the latter has been incorporated into BW-Tree, which is shipping in SQL Server 2014 (Hekaton) and Azure DocumentDB. His work on RemoteFX for WAN is shipped as new Remote Desktop protocol in Windows 8/Server 2012.
Dr. Li has demonstrated computer programming to Xiaoping Deng in 1984 (an iconic event in China). He received Ph.D. (with honor) from Tsinghua University in 1994, and was the youngest Ph.D. in China at that time. He joined Microsoft in 1999, as one of the founding members of Microsoft Research Asia. He was the program chair for ACM Multimedia 2016 and ICME steering committee chair. He is an IEEE Fellow.